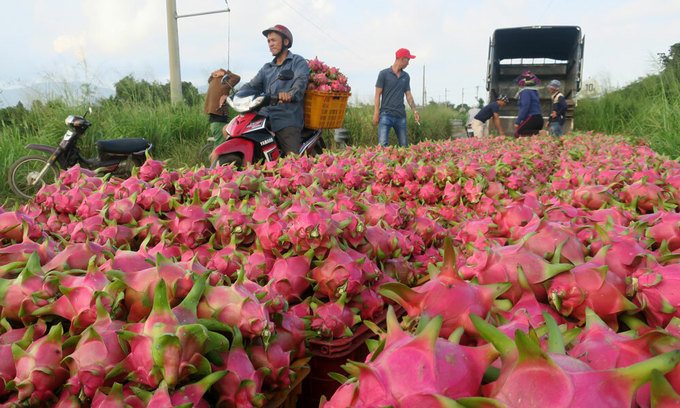 Fruits exports to China in the first quarter fell 29.4 percent year-on-year as the coronavirus pandemic halted trade activities. Exports to China, the largest buyer of Vietnamese agriculture produce, were worth $300.4 million, as containers of dragon fruit, watermelon, banana, and durian repeatedly piled up at the border due to a lack of Chinese staff to process imports, according to the Department of Farm Produce Processing and Market Development.

Trade has partially resumed, but exports still suffer due to lack of demand, it said.

Vietnam’s overall exports in the quarter fell 10.9 percent despite sharp increases to some markets such as a Thailand and Indonesia.

Imports fell almost 30 percent to $294 million, with double-digit drops in purchases from China, Australia and Thailand.